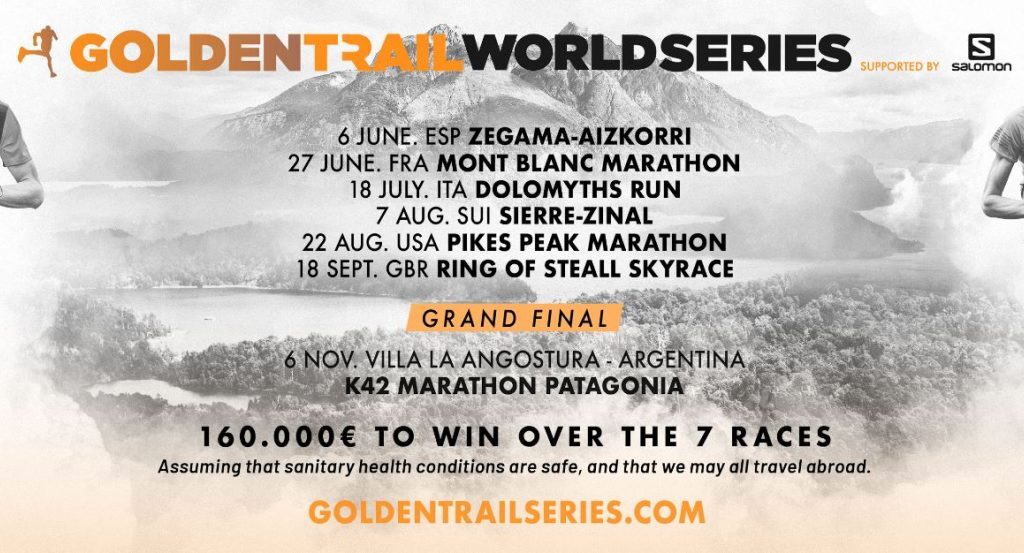 2020 was an unprecedented year for trail runners and trail racing due to the COVID pandemic. To save the 2020 season the GTWS had to adapt and create a new format, the Golden Trail Championship. Now, 2021 will see the return of the GTWS with its 6 iconic races, and the Grand Final in Patagonia!

In 2020, race after race was cancelled in the GTWS as the pandemic consumed each country one-by-one. Yet, two races stood firm, Pikes Peak (USA) and Sierre-Zinal (CH – who changed their format to a one-month period race). And so, with courage and tenacity, the GTWS decided that “the show must go on!”. The GTS organizers adapted to the current crisis and created something new: The Golden Trail Championship.

This Championship attracted the best short-distance trail runners on the planet, but also long-distance runners, such as Jim Walmsley and Audrey Tanguy (Hoka One One), and orienteer specialists such as Frédéric Tranchand (NVII) and Tove Alexandersson (Icebug),  and they all convened in the Azores to finally race head-to-head after a full season apart. The innovative race format, inspired by the Tour de France iconic cycling race, threw everyone together to reach into the depths of their skill sets and stamina, to see who could fight it out over 4 gruelling days, and come out on top. This Championship format was such a success that the GTS organizers have decided to keep it! It will be presented every alternate year to spice up the trail running scene!

Despite this catastrophic racing year, the GTC enabled 30 different countries to be activated through the Golden Ticket system. And the 4-day stage racing format provided a solid week of outstanding live media communication. To date, the 316 articles (and counting) have reached upward of an estimated 785M, for one single event. TV coverage has counted numerous international TV networks, with 5 solid days of race content.

Now in its 3rd year, and in response to the athletes’ questionnaire concerning the 2020 GTC, and the 2019 GTWS, and to help satisfy all the actors involved in the sport, the GTS organizers have taken the decision to organise the GTWS and the GTC on alternate years. In so doing, this frees up the GTC year for competitors to explore their own choice of races during that year and get together for one single meet at the end of the season.

Taking its inspiration from the Grand Slam tennis circuit, the GTWS was founded upon 6 iconic races, for their specific differences, countries, and extreme technical challenges and is already known as the world’s most competitive trail running circuit. These iconic qualifying races are: Zegama, known as “The Basque Fever”, in Spain’s Basque Country; the Marathon du Mont Blanc, known as “The Roller Coaster”, in Chamonix, France; Dolomyths Run, known as “The Couloir Of Hell”, in Italy; Sierre-Zinal, known as “The Fast and Furious”, in the Swiss Alps; Pikes Peak, known as “The Impossible Record”, in Colorado, USA; and Ring of Steall known as “The Scottish Vertigo”, in the Scottish Highlands, UK. After the last race of the series, an overall ranking will define the TOP 11 men and women. These top 11 men and women will be invited to participate in the Grand Final.

The Grand Final, on November 6th, 2021, travels to the far reaches of South America: Villa La Angostura, Neuquén, Patagonia, Argentina, for the K42 Adventure Marathon; a race that began in 2003 with a mere 345 runners, and now gathers 2000 runners. An exciting end in store for the 2021 Golden Trail World Series!

This 3rd edition will no doubt attract an even greater number of elite athletes due to this year’s lack of racing possibilities, and different types of elite racers from different sporting backgrounds, as well as rising stars from new international teams! This edition will definitely be riveting!

– Now, the top 11, and no longer the top 10, will be invited on the dream trip to the Grand Final in Patagonia.

The Golden Trail World Series final ranking will be determined by the runners’ 3 best results during the season, plus their result at the Grand Final.

While the GTWS aims to gather the best international athletes, the GTNS aims to reunite the best national athletes and give them the opportunity to be invited to the GTC and measure themselves against the world’s best athletes. Each national series highlights each country’s best races & best athletes with 2 to 5 races + a national final, and an overall GTNS Grand Final gathering the best from each GTNS. See the 2021 list of national races here.

On the GTWS year, the top 3 men and women from the GTNS Grand Final will be invited to participate in the Golden Trail World Championship the following year.

On the year the GTC takes place, there will be no GTNS Grand Final, the top 3 men and women from each GTNS final will receive a Golden Ticket for the Golden Trail Championship. More info here.

The 2021 GTWS will of course go ahead as planned assuming that sanitary health conditions are safe, and that we may all travel abroad. 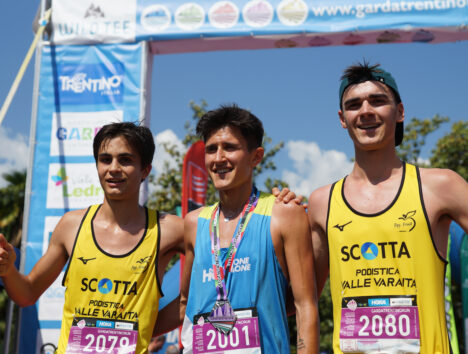 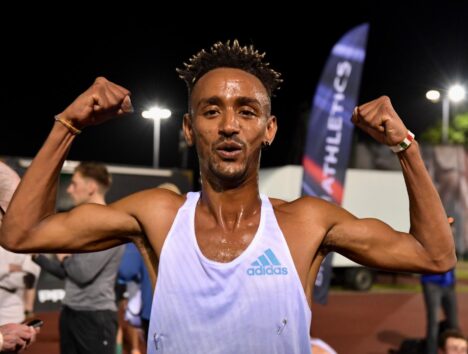 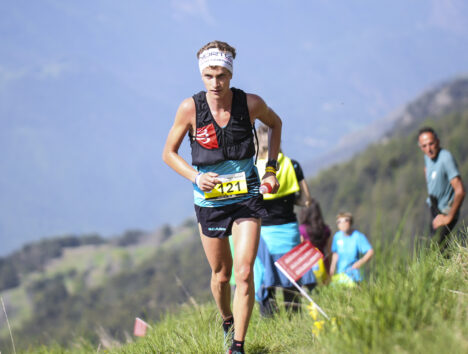