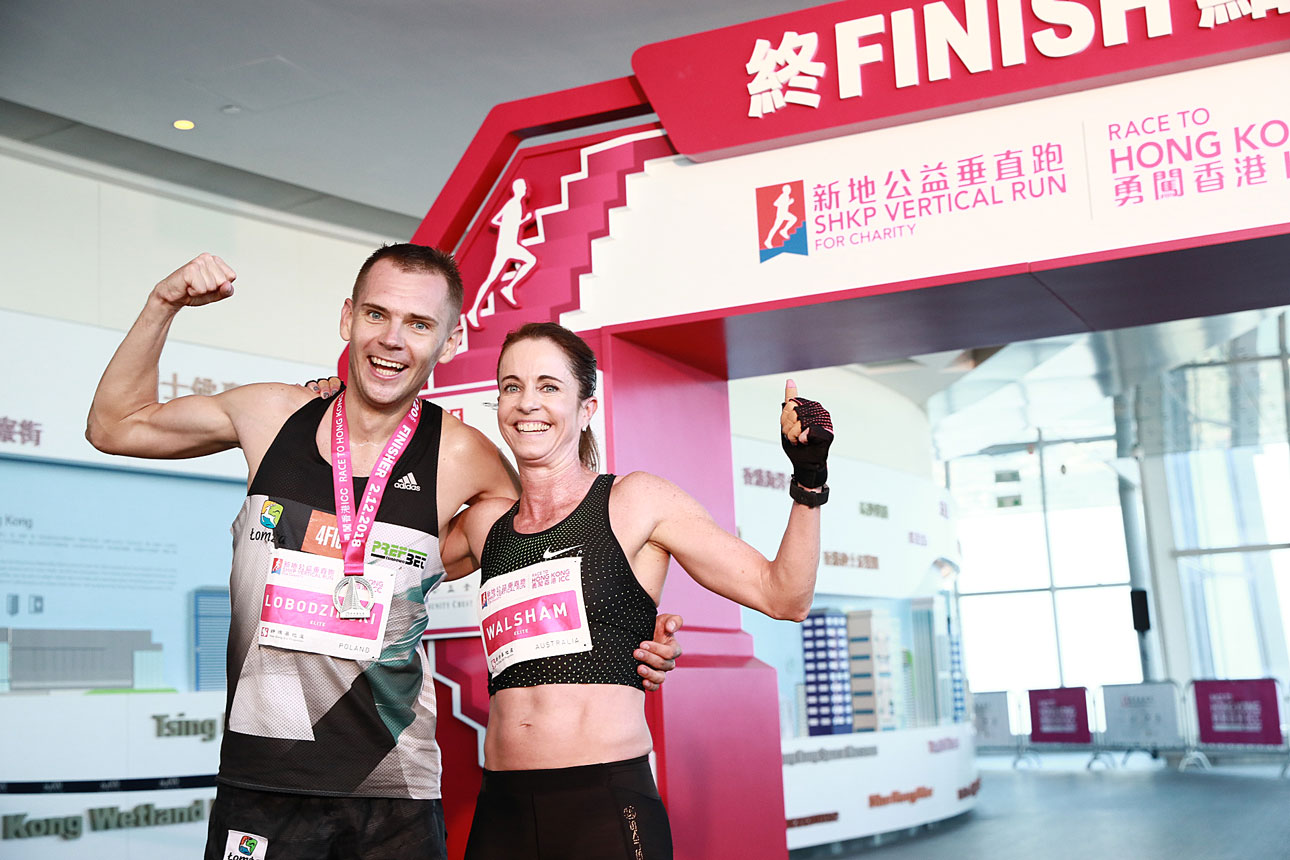 After eight races in some of the world’s most iconic skyscrapers, the 2018 Vertical World Circuit closed triumphantly with the Grand Finale up Hong Kong’s tallest building today. Close on 2,000 runners from a record 38 countries participated in the SHKP Vertical Run for Charity: Race to Hong Kong ICC where the VWC champions were crowned and end of season cash prizes awarded to the top ranked runners.

Poland’s Piotr Lobodzinski was a happy man, crowned VWC champion for the fifth time, he also nailed his first win here after participating in the race for six consecutive years. 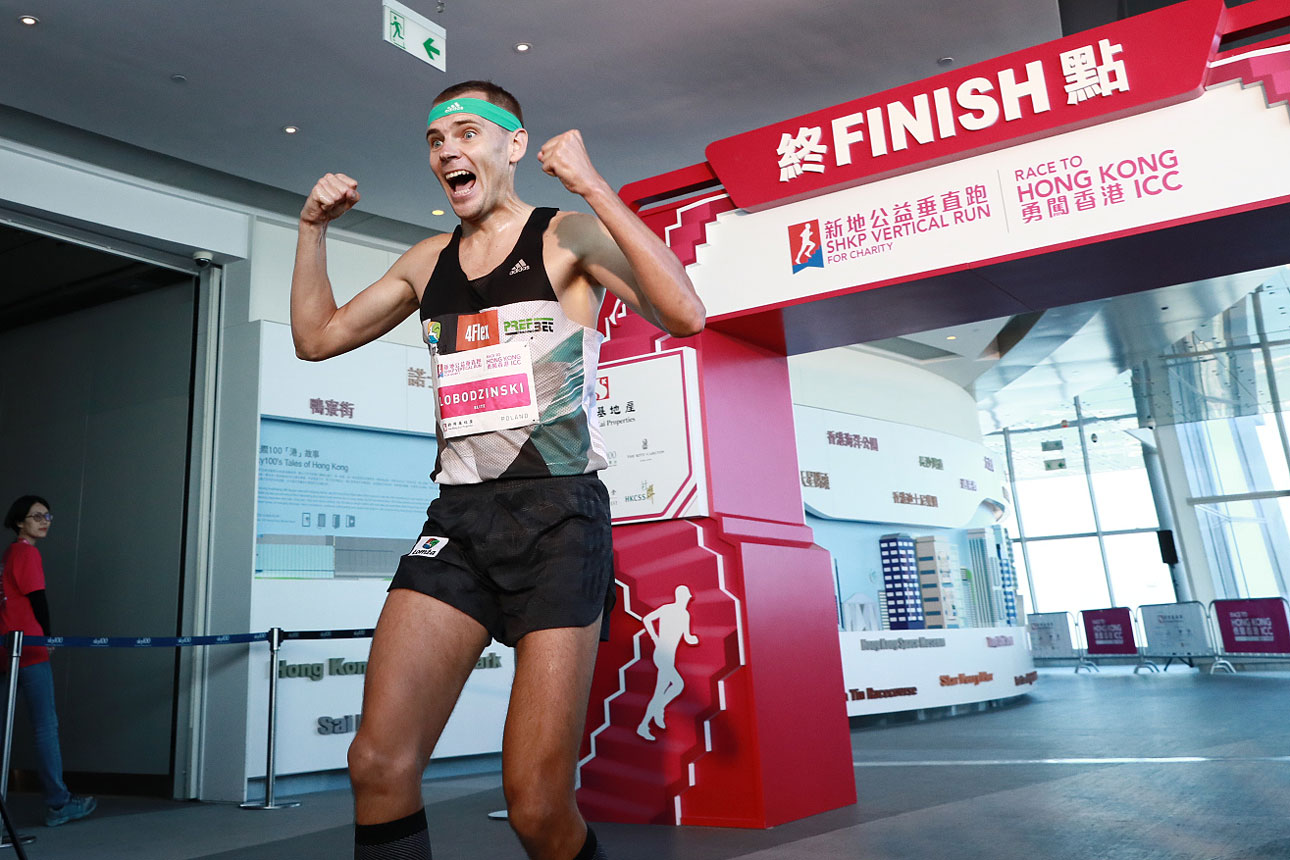 “I’m really happy with the race here today. It’s my fifth time as Vertical World Circuit champion but my sixth time in this race and finally I won the final! I was three times third, two times second, last year I didn’t finish and finally, I won the race,” stated an ecstatic Lobodzinski. “I hoped to run below 12’ but it doesn’t matter. Finally, I can come back next year to defend my title. It was a perfect day for me, a perfect Sunday! It was the last race in my season so now I can drink some beer and eat a lot of chips!”

The men’s race record of 11’52” set in 2015 by Australian Darren Wilson, remains intact. Australian Mark Bourne has won the race three times, but today, had to settle for second. He now also places second on the final ranking and commented, “I was going along at a really good pace. Piotr [Lobodzinski] and I were fighting it out. At the second change-over, I took the lead and was still feeling OK, but then at the third change, Piotr came past and I lost a bit of time. I’m still happy to get second place with a very good field, so congratulations to Piotr for today, his first win on the ICC building and to take out the world circuit again this year.”

Closing the podium was Japan’s Ryoji Watanabe in 12’36”. He now slides to third on the VWC final ranking from second position. 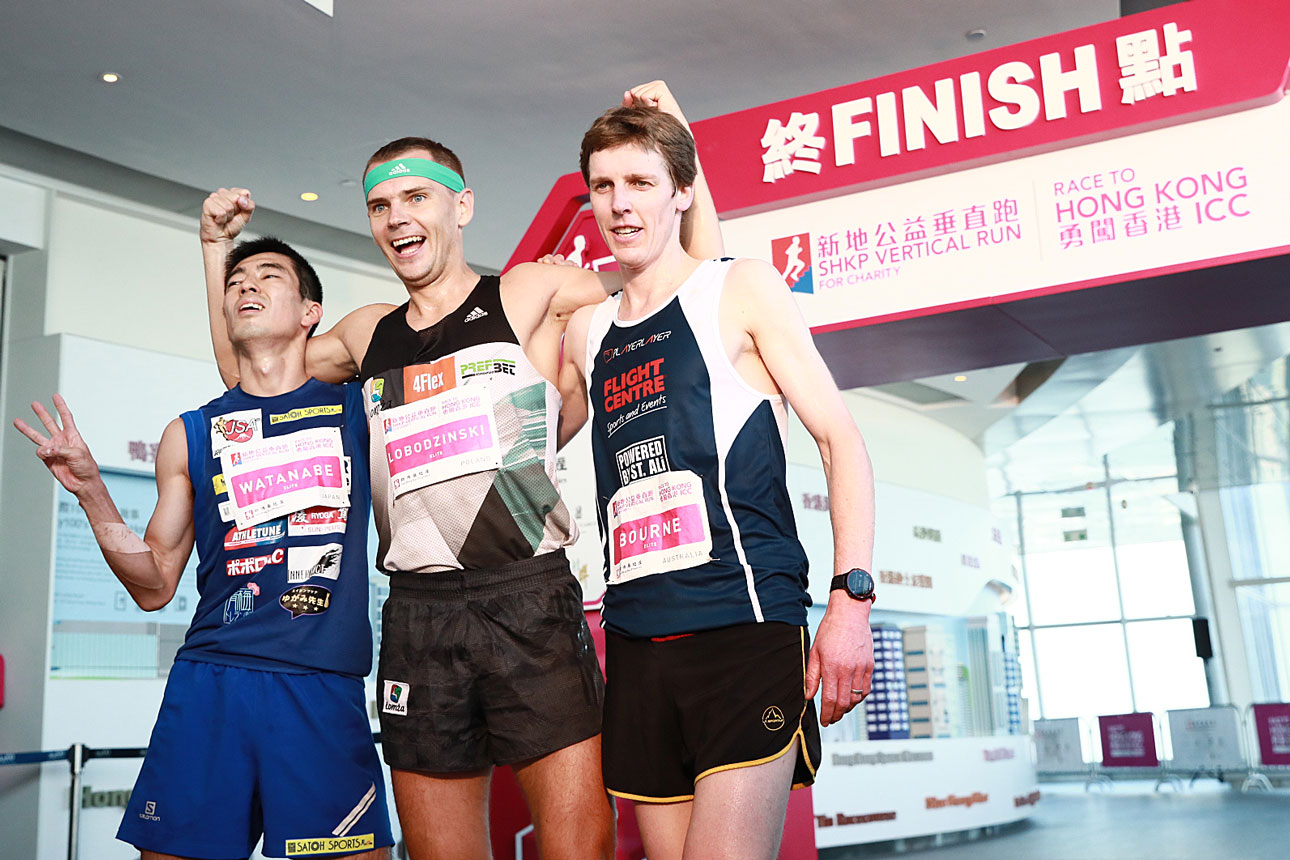 Australian Suzy Walsham clinched her seventh VWC champion title. She went into the race, invincible and, mathematically, already the champion with six straight wins on the nine-race circuit.  She closed in 14’05”, short of her own record of 13’47” set in 2014.

“I’ve had a calf injury for six months but it’s not really bothering me on the stairs but definitely on the flat, so I was a little nervous about today’s race because there’s a lot of flat running between the stairs,” she said. “I knew that I’d already won the Vertical World Circuit for the seventh year, but I still really wanted to win the Grand Finale. It’s such an amazing event and, as the champion of the year, it’s always nice to win the last race of the year. The competition this year was very strong which kept me on my toes. Probably I went out a bit too fast, so I really felt it in the last part which is why I didn’t break 14’. I’m a little disappointed with the time but super-happy with the win and a great way to end my year!” 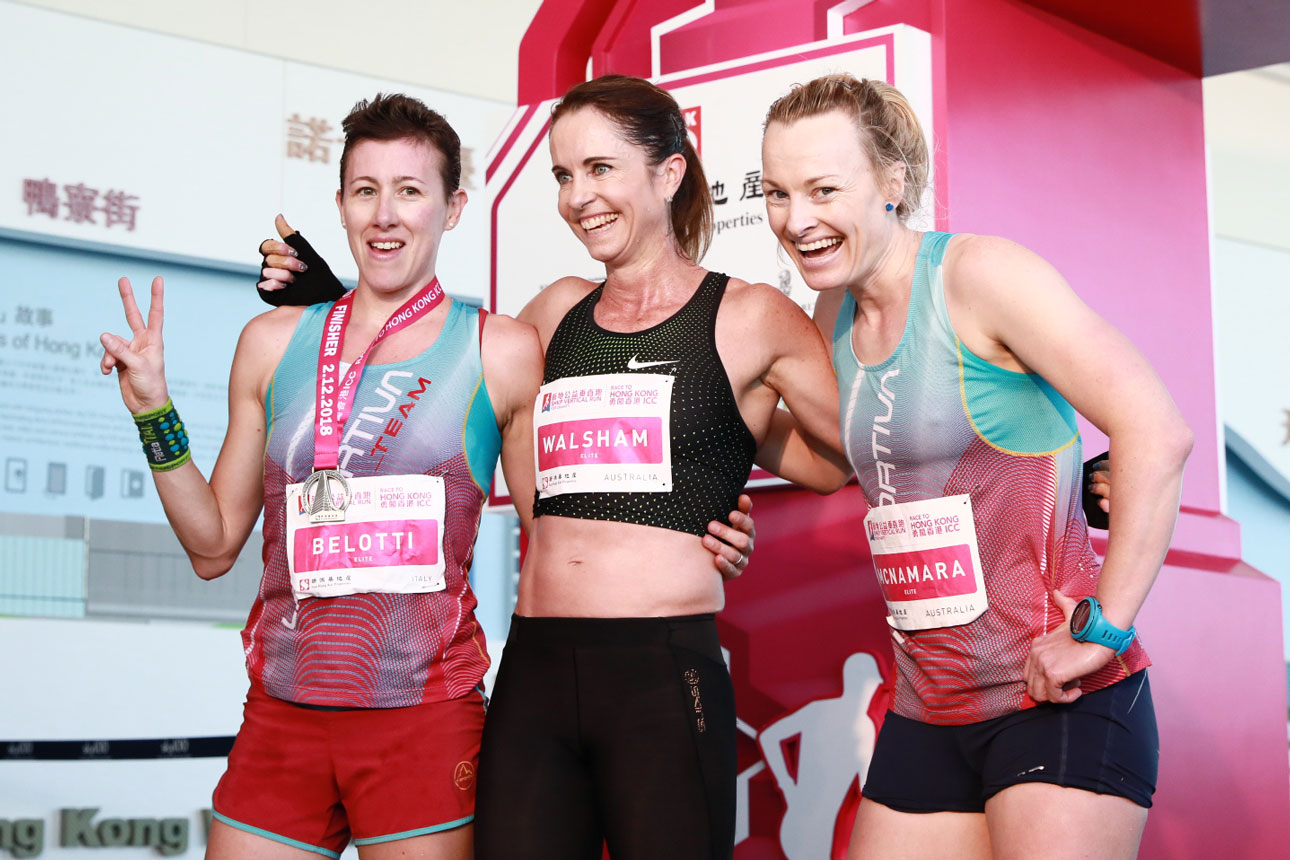 Second woman in 14’57” was Italy’s Valentina Bellotti, winner of the Paris stage of the circuit. “I’m just back after a three-month period without running due to injury, just cycling and swimming for training. I really wanted to get back into racing and the only race I really wanted to do was this one. Suzy is unbeatable! Today I handled my race well, starting not too fast, so in the end I managed to get the second spot and I’m really happy about that.”

With her third position in 15’42”, Australian Alice McNamara climbed to an excellent second on the final ranking. “I’m so pleased and excited to finish second on the ranking! I was lucky enough to race in Seoul, Manila, Beijing, Shanghai and finally Hong Kong. It was very close for the final placings and I had to push my limits to get there. I would like to congratulate Yuko [Tateishi] and Suzy [Walsham] for a fantastic season and thank Vertical World Circuit, the ISF and Sporting Republic for making all of this possible. The world grows taller and taller buildings each year and this is an incredible and challenging sport. I’m looking forward to 2019!” 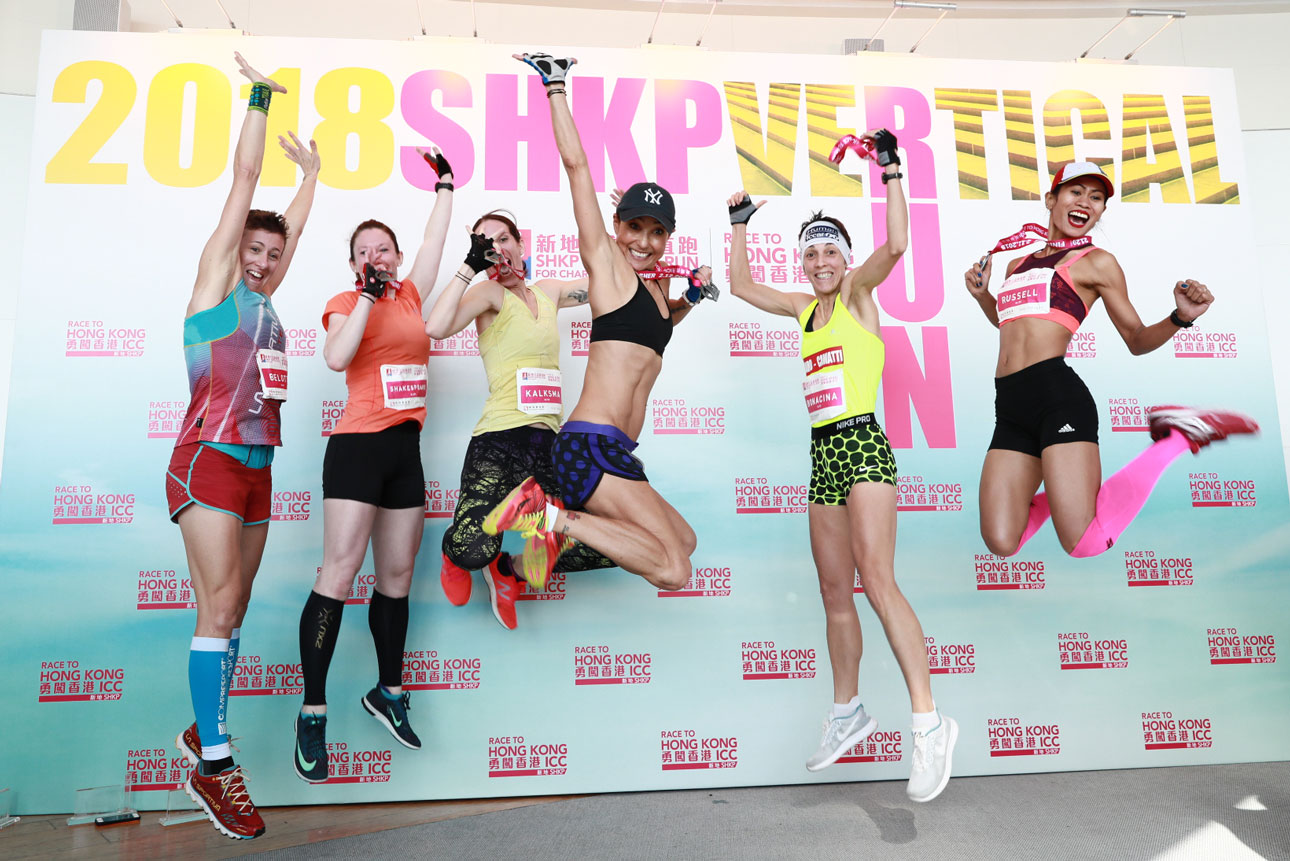 Joining in the stair climb was Italian Marino Giacometti, President of the International Skyrunning Federation which sanctions vertical running – both indoor and outdoor. He awarded the Vertical World Circuit trophies to the top three men and women on the final ranking, based on the five best results out of the circuit’s nine races. The VWC end of season cash prizes amounting to HKD 106,000 were presented to the top three ranked men and women. 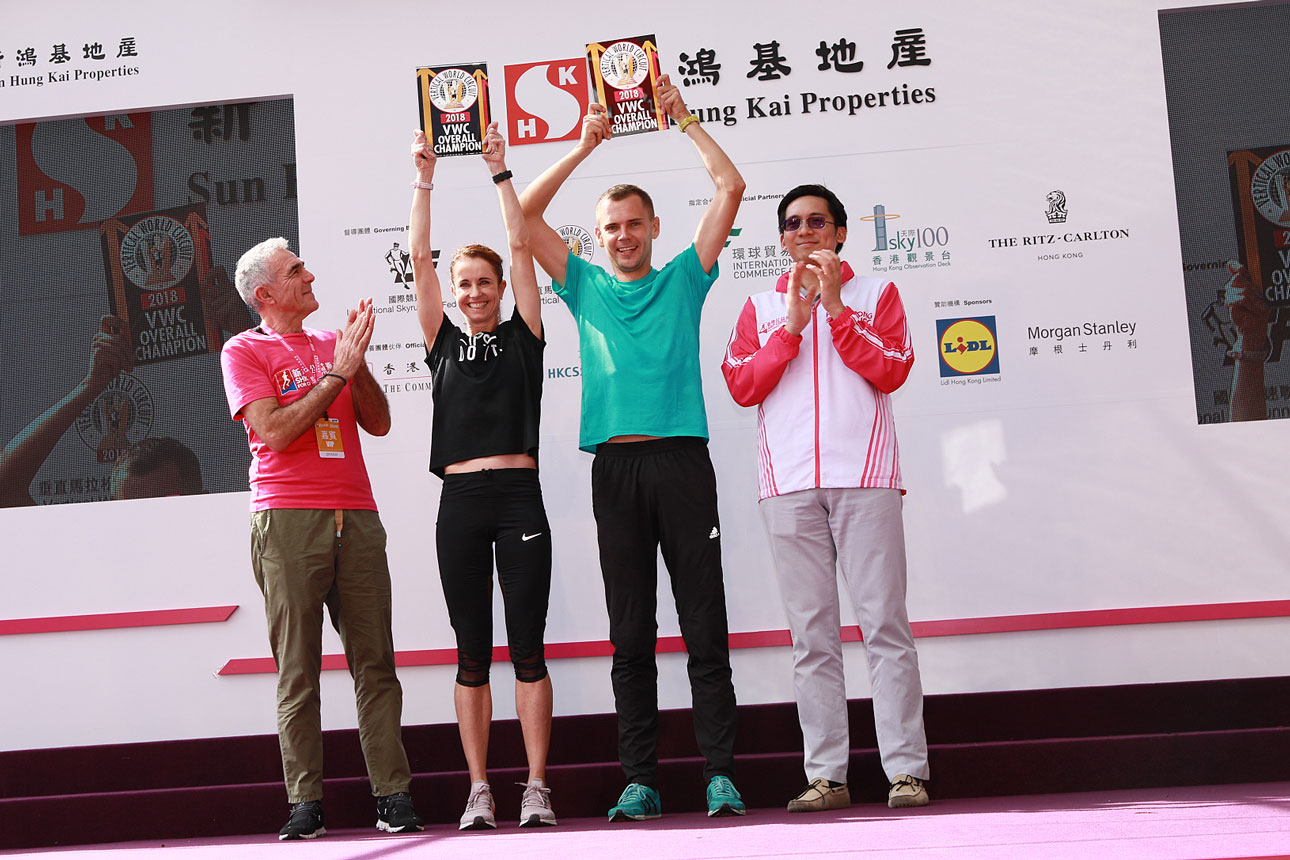 Sun Hung Kai Properties, a leading property developer in Hong Kong, opened a new chapter in the city’s stair-climbing history when it staged the first vertical run 2012 at their landmark International Commerce Centre and, since 2013, has represented the Grand Finale on the Vertical World Circuit calendar.

The 2019 Vertical World Circuit, featuring some exciting novelties, will be announced in January. 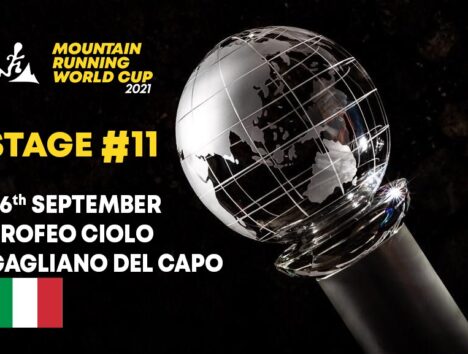 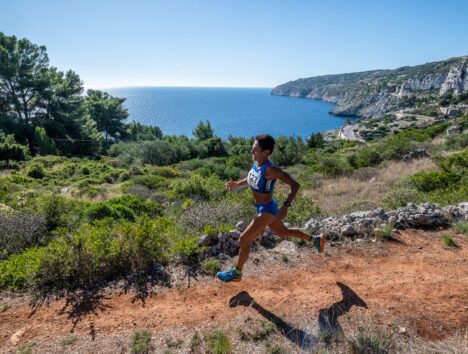 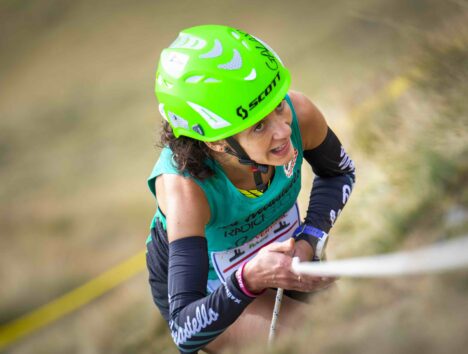