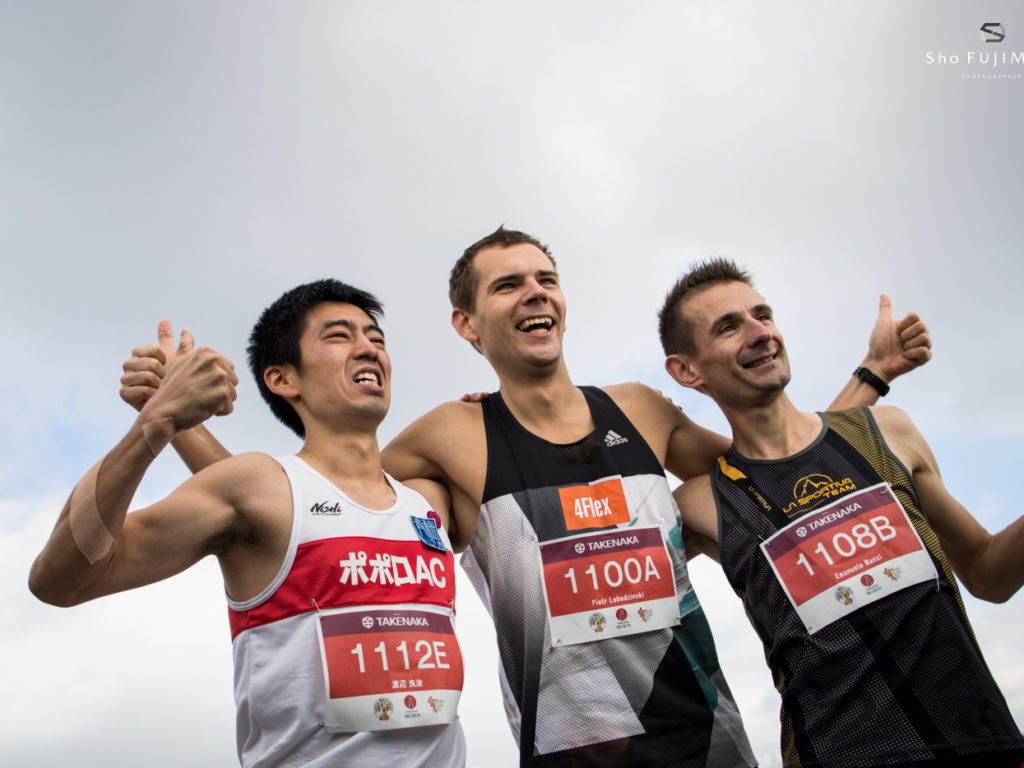 It’s the 2017 Vertical World Circuit semi-finals and top skyscraper racers are heading for the second edition of Japan’s tallest tower race, the Harukas Skyrun on Sunday, November 12 in Osaka.

The Abeno Harukas tower counts a fearsome 1,610 steps which, at the inaugural launch last year, were eaten up in just 8’34” by Piotr Lobodzinski from Poland. An incredible 12th overall was Japan’s Yuri Yoshizumi, who won the women’s field in 10’13” – her first skyscraper race.

The two winners will be back on the start line of Sunday’s race with some tough competition coming from a stacked line-up of international VWC competitors aiming for precious ranking points. They head a record field 1,300 participants – a 30% increase over the 2016  launch as a VWC Exhibition Race – Japan’s first tower race.

Lobodzinski, with three VWC world champion titles, currently heads the ranking, but Australian Mark Bourne, third, could still topple him if he wins here. Lobodzinski comments, “I’m very excited to come back to Japan for the Harukas SkyRun. I’m now much better prepared than last year. The last few weeks I did a lot of stair sessions and feel strong like never before, so I hope to defend my first place and set new course record. It will be for sure exciting battle on Sunday. After Shanghai it will be an interesting fight with Mark!”

After beating Lobodzinski in the last VWC race in Shanghai on October 22, Bourne said: “I’m excited to be coming to Osaka for my first Harukas Skyrun. I’ve heard good things about the event so am looking forward to Sunday morning’s race.”

The women’s field is headed by Yoshizumi who beat VWC world champion Suzy Walsham here last year. Australian Walsham won’t be racing here. She already has the title in her pocket after five straight wins before the December 3 final in Hong Kong. (Yoshizumi ranks 12th after competing in only one race).

“Last year in Osaka, I ran my first stair race. When I got the first prize, I was very happy and surprised. I want to do my best again. Osaka is my hometown so I want to win this race!” Yoshizumi exclaimed.

Third on the women’s ranking is Lenka Svabikova from the Czech Republic. “I have no expectations, she said.“I had some health problems and was not able to train as I would have liked. It’s my first time in Osaka so I’m looking forward to it of course. I want to push hard, because I need the points for the ranking,” she concluded.

Pushing the women’s field will also be Natalia Sedykh from Russia, ranked fourth,  who is “looking forward to visiting Japan for the first time and taking part in the vertical challenge on Sunday!”

Hong Kong based Cindy Reid from Australia, ranked seventh, is a regular VWC participant over the years and offers this advice: “Seven days to race day is crunch time for any athlete. Like an exam, all the preparation is done progressively over months and weeks of training. At the tapering stage it’s primarily about keeping the body moving at some capacity, preventing over-training and avoiding injuries. Fuel source is important, as is stretch and rest. Working a demanding full-time banking job, teaching before and after work at the gym, plus juggling my own training is tough, but I am humbled to do what I love and find racing on the Vertical World Circuit an absolutely rewarding and life-changing experience.” 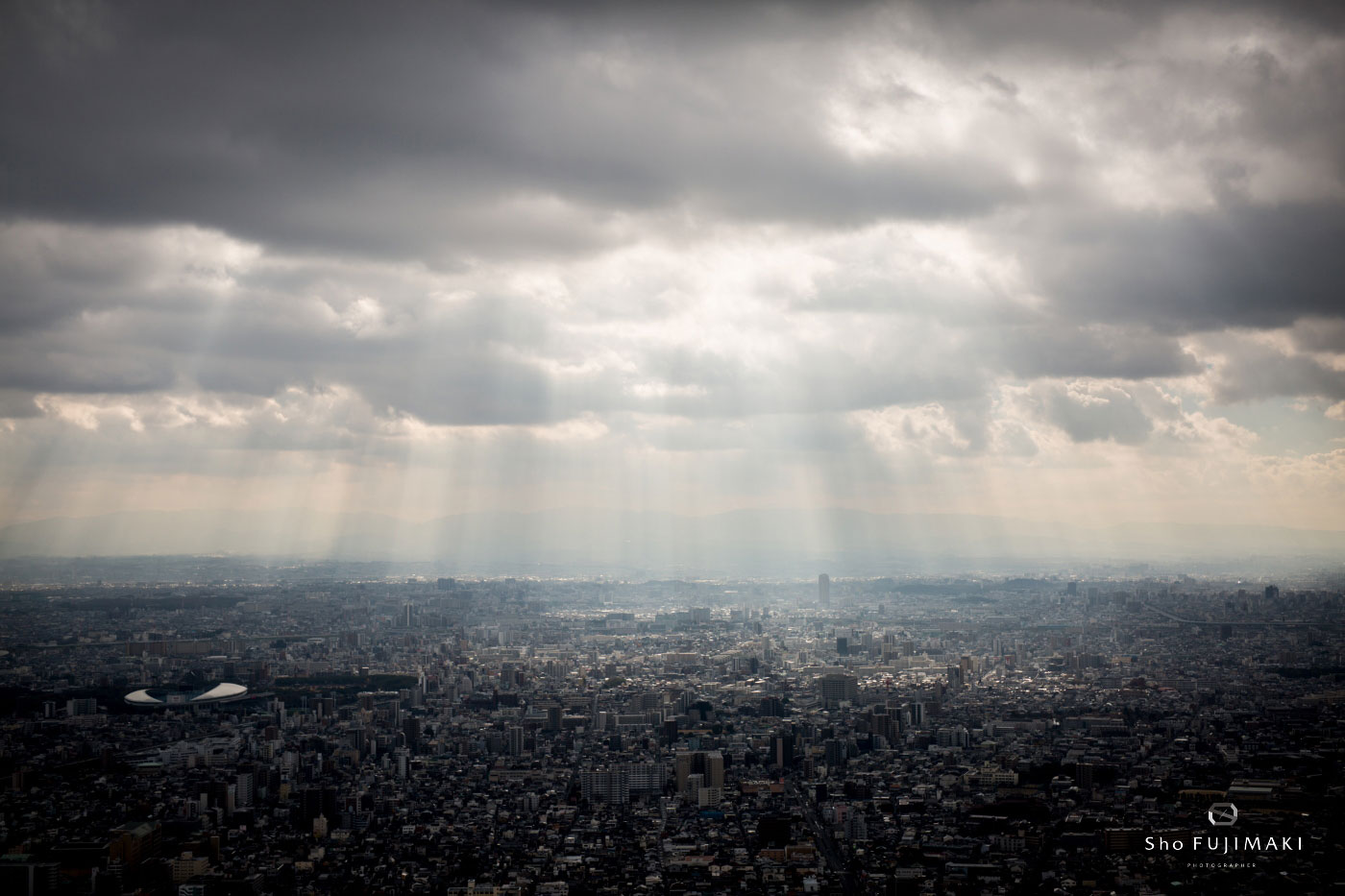 Osaka from the top of the 300m tall Abeno Harukas tower, site of the Harukas Skyrun. ©Sho Fujimaki

David Shin, VWC Asian Pacific representative and race organiser commented, “Abeno Harukas is beautiful. It’s an iconic tower not only in Osaka, but in Japan. We’re all looking forward to Sunday, meeting all the elite runners and the other participants. They’ll put on a good show and I’m sure we’ll see some amazing times recorded.”

8’34” and 10’13” are the records at stake at Sunday’s Harukas Skyrun, together with the ranking points in the ninth of the ten-race Vertical World Circuit. In the men’s field, it will be a fight to the end on the 60th floor of the 300m tower – and, for the 1,300 competitors, a huge challenge but rewarding experience to take part in Japan’s first and only tower race.

*The VWC world champion titles are based on the score of five out of ten races, with 20% extra points awarded at the grand finale. 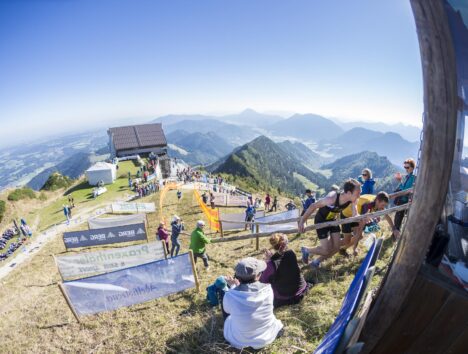 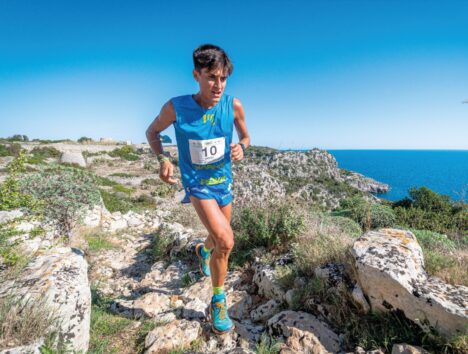 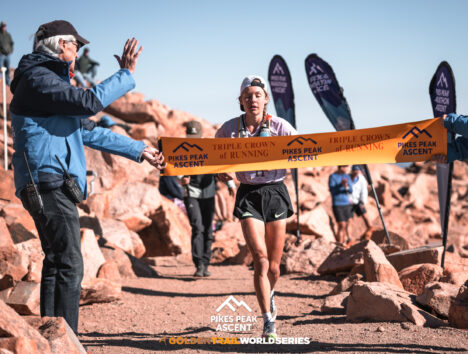 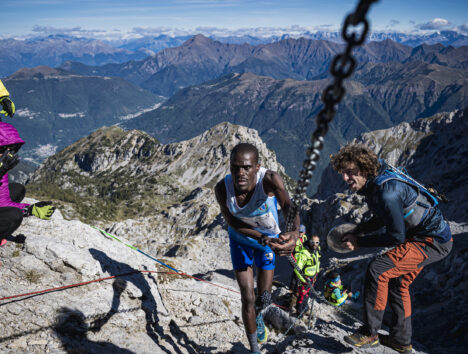